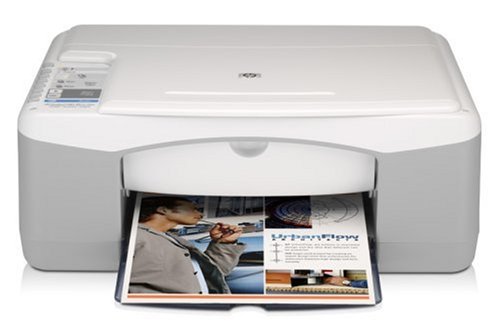 This is another techy post. I was printing a load of colour pictures when the printer suddenly stopped, displayed an "E" in the copy count window, lit the "cartridge" lamp next to the exclamation mark and opened a window on the lap-top screen with the words "Ink Cartridge Error" where the cartridges were displayed. Oh, dear!

I Googled the problem. Other people have had this problem. I use JET TEC H21 & H22 cartridges as they contain twice as much ink and are cheaper than HP H21 & H22 cartridges. They work really well, with no jet clogging when left unused in the printer for long periods of time. They give good ink coverage even when printing in Fast Draft mode.

Before throwing the F380 in the rubbish bin, I decided to replace both cartridges. I get my JET TEC H21 & H22 cartridges from inkraider.co.uk. The cartridges arrived the next day. Changing the H22 (colour) cartridge made no difference. Changing the H21 (black) cartridge cured the problem. The printer wasn't even using that cartridge when the fault occurred. I refitted the old H22 cartridge. It displayed as being full. I shall continue to use JET TEC cartridges, as this is the first time that I've had a problem with them in over a year of use.

It's interesting (to me) that a fault on one cartridge messed-up the operation of the other one even when the faulty cartridge was not being used. There's probably a short-circuit on an input/output line that's common to both cartridges.

So, don't throw the baby out with the bath water!
Posted by Nigel Kinbrum at 12:01 pm

I've found that the problem can be traced to poor contact between the cartridge and printerhead/carrier. Have experienced this on both my 3210 and F380. With the F380 what I do is reinsert the problem cartridge, hold the back of the printer and whilst doing so push very hard against the cartrisge to ensure contact is made. There will be no discernable play but believe me this is what has cured the problem every time for me.

An o/c on one control line only affects the cartridge with the o/c.

Anyway, I removed both cartridges, cleaned the contacts, replaced the cartridges and it made no difference.

It's very effortless to find out any topic on net as compared to books, as I found this piece of writing at this website.