The Elephant in the Room.

2. Americans ate more carbohydrate per day from 1909 to 1929 than they do now. Ref: 3rd Fig. from More Thoughts on Macronutrient Trends. ∴ Carbohydrates don't cause obesity.

What happened in the US some time between 1945 & 1960 to make men's BMI increase? After World War 2, the economy was in a slump and something had to be done to get people to consume more, to stimulate economic growth. Corporations changed the way that they marketed to people. Instead of telling people facts about their products, they began to connect with people emotionally. It worked.

Edward Bernays pioneered the psychological tricks used by the Food Product Industry to get people to want things they didn't need and consume more. For more information about Edward Bernays, watch The Century Of The Self Part 1 of 4 Happiness Machines. The first 2 minutes summarise the rest of the documentary.

Watch also Unreported World: Obesity in Paradise. At 6:50, a Samoan explains why they prefer imported "crap-in-a-bag/box/bottle" instead of their own local food - local food is often seen as inferior to imported food. I wonder how that belief got into their heads? At 19:40, you can see an example of the inefficacy of healthy eating guidelines.

Young Asian Indians also prefer imported foods, as they are perceived to be of 'high quality' in comparison to locally produced products. That innate tendency is exploited by the food product industry. From Page 4 of the full version of Abdominal obesity and type 2 diabetes in Asian Indians: dietary strategies including edible oils, cooking practices and sugar intake :-

Once a child has adopted poor dietary habits, it's difficult to reverse them. As children are easier to manipulate than adults, there are regulations aimed at restricting marketing to children, regulations which the Food Product Industry finds ways to bypass.
A systematic review of persuasive marketing techniques to promote food to children on television.
Persuasive food marketing to children: use of cartoons and competitions in Australian commercial television advertisements.
Persuasive techniques used in television advertisements to market foods to UK children.
Weekday and weekend food advertising varies on children's television in the USA but persuasive techniques and unhealthy items still dominate.
Influence of food companies' brand mascots and entertainment companies' cartoon media characters on children's diet and health: a systematic review and research needs
Beyond Food Promotion: A Systematic Review on the Influence of the Food Industry on Obesity-Related Dietary Behaviour among Children
Children’s everyday exposure to food marketing: an objective analysis using wearable cameras
The effect of screen advertising on children's dietary intake: A systematic review and meta‐analysis
Exposure to Child-Directed TV Advertising and Preschoolers’ Intake of Advertised Cereals

See also Strategies and motives for resistance to persuasion: an integrative framework and A typology of consumer strategies for resisting advertising, and a review of mechanisms for countering them


One of Edward Bernays's psychological tricks is confusing the public by promulgating conflicting information. The Tobacco Industry paid health professionals to advertise cigarettes. On the one hand, you had researchers telling people that smoking was bad for them and on the other hand you had a doctor on TV saying that he preferred to smoke Camel cigarettes. This confused the public and made them mistrust researchers & science. Another dirty trick was setting-up organisations with scientific-sounding names to promulgate conflicting reports which the press published as “science”, saying that “X” was good for you, then some time later “X” was bad for you, then some time later “X” was good for you again and so on. The public mistrusted researchers & science even more.

The Tobacco Industry used Bernays's psychological tricks to encourage women to smoke in public by making smoking a women's rights issue. Cigarettes were marketed to women as "Torches of Freedom". From the 1920's, women became as free as men to greatly increase their risk of getting Emphysema a.k.a. Chronic Obstructive Pulmonary Disease, Lung Cancer & Coronary Heart Disease, while the Tobacco Industry's profits increased.

Some medications cause weight gain by increasing water retention, and they are heavily prescribed. See https://www.independent.co.uk/life-style/health-and-families/health-news/huge-weight-gains-reported-by-patients-on-prescription-drugs-5333581.html

See also The cause of America's rising obesity rate is irrelevant. The cure for it is what's important.
Posted by Nigel Kinbrum at 4:31 pm No comments: 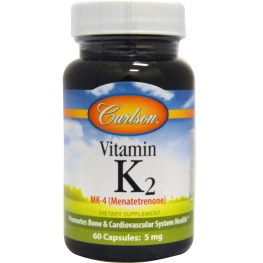