Blame it on the hot weather and screaming kids! :-D

Why, oh why, oh why do some feckless parents allow children to dictate what they eat? As if children know what's good for them! At an event I attended recently, "Johnny*" was given a plate of chicken drummers (mechanically-recovered chicken formed into the rough shape of chicken drumsticks and coated with breadcrumbs) and oven chips. I asked Johnny if he would like a beefburger, sausage or pork steak. He replied. "I don't like them". He only wanted manufactured crap. Seriously, WTH?

When I was a lad, I was given the same food as my parents. If I didn't eat it, I went without. I ate it!
Nowadays, "children's menus" in restaurants (I'm being quite generous in the use of the word restaurant) consist of lots of manufactured crap that children like. Unlike veggies & fruit, this crap contains very little fibre/fiber or Magnesium.

Is it any wonder that childhood constipation is a problem? Why are children being given PEG or even Lactulose, when there's a much better solution - Epsom Salts (which contains 10% Magnesium by weight). The brain needs Magnesium to remain cool, calm and collected i.e. function properly. The brain also needs EPA, DHA and Vitamin D3 to function properly. Many kids don't like oily fish, so they won't eat it. It's not rocket science to purée some sardines or wild red salmon with some Bolognese/Sweet chilli/w.h.y. sauce so that they won't notice it. Many kids play indoors or are smothered in sunblock when they do go outdoors, so they get little or no Vitamin D3. Is it any wonder that childhood ADD & ADHD is much more common? Medication and psychotherapy? Seriously, WTH?

See Effect of MAGNE-B6 on the clinical and biochemical manifestations of the syndrome of attention deficit and hyperactivity in children.

Moderators of treatment response in adults with ADHD treated with a vitamin-mineral supplement.


When I was a lad, there were a couple of show-offs in my class at school, but nobody behaved like "Jimmy*" (physically and mentally hyperactive with bad behaviour, screaming and shouting). Johnny was also badly behaved, but not as bad as Jimmy. The parents at the event seemed perfectly happy that, every day, their children had to be given "uppers" (e.g. Ritalin) to help them concentrate during the day and "downers" to help them sleep at night. Seriously, WTH?

I will now take a deep breath and count to twenty. There, that's better!


My brain just exploded! On Why conventional view of obesity / FR is wrong, ItsTheWoo wrote "...there is not a doubt in my mind obesity is entirely 100% an illness, a disorder... "

According to Nigeepoo's hypothesis, the increasing incidence of obesity all around the world since 1970 is significantly caused by the increasing influence of Crap-in-a-Bag/Box/Bottle (CIAB) manufacturers on the population by cunning marketing and on the Government by bribery lobbying since 1970.

There are other factors causing increased obesity e.g. increasing numbers of towns/cities which discourage walking. See also Determinants of the Variability in Human Body-fat Percentage.

Highly-engineered and highly-calorific CIAB encourages subconscious over-eating via Food Reward. The hyper-secretion of insulin (compensatory hyperinsulinaemia) caused by the subconscious over-eating of CIAB causes subconscious under-moving by inducing drowsiness and lethargy, sometimes followed by the munchies if blood glucose goes too low. Insulin is just a hormone that is secreted for the storage of stuff and a reduction in the burning of stuff. Don't blame insulin for doing its job. If you have zero insulin (e.g. untreated type 1 diabetes), your body stops storing stuff and starts burning stuff uncontrollably. Before the invention of insulin injections, people with type 1 diabetes usually died within 2 years.

Subconscious over-eating is good for the profits of CIAB manufacturers. An increasing number of dyslipidaemic/hypertensive/depressed/diabetic/demented/w.h.y. people is good for the profits of health-care providers and drug manufacturers. These organisations currently make huge profits, so it's not going to be easy to change anything that will reduce them.

I deleted the last part of my rant as it was a bit too ranty, but I'm reinstating it in a toned-down form as I've mentioned it in the comments.

First, here's a rather jolly but not safe for work song from The Beautiful South.

Mum's GP has approved mum getting 500mg/day Thiamine. I'm waiting for it to arrive from Vitacost.

Mum's GP has approved the discontinuation of Aspirin 75mg/day and Omeprazole 20mg/day, as they are of little benefit and it reduces the number of pills that mum has to swallow each day.

I sang backing vocals for my friend Ray Langstone with a group of excellent musicians at the Unicorn pub on Monday evening. That's the first time I've done something like that.
Posted by Nigel Kinbrum at 6:29 pm 7 comments:

Good Health: You can get it if you really want.

Some people moan about their health problems a lot. If somebody tries my advice and their health doesn't improve, they are justified in moaning about it.

If however I give them advice, they ignore it and then carry on moaning, it's time to ignore them. I don't have time for... 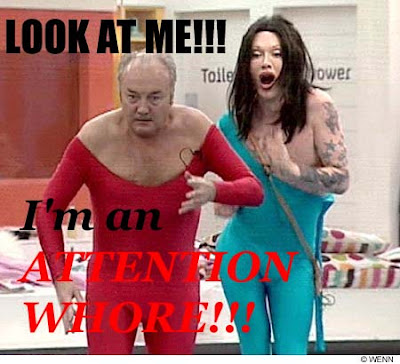 You're free, and a testimonial.


I have to admit that I'm not exactly what you'd call "exciting". Apart from driving my yellow MX-5 very fast in the middle of the night when there's nobody around, I'm not an adrenaline junkie. My mother used to throw herself out of light aircraft with a parachute on her back. There were occasions where her main 'chute either failed to open or it became tangled and had to be "cut away" before deploying the reserve.

In some ways, I'm lucky to have slightly defective hearing & vision. I'm happy with the sound quality of inexpensive stereos and I don't need HDTV. I get my kicks from singing and from helping people to improve their health. I believe that health is number one priority as, without it, you can't properly do or enjoy things in life.

Somebody who I've known for about 14 years had been suffering from fairly obvious signs of magnesium deficiency (anxiety, poor sleep, cramps, spasms etc) for quite a while, so I virtually frog-marched him to the pharmacy at Tesco on bank holiday Monday and got him to buy a pot of Epsom Salts and add some to a smoothie.

He wishes to remain anonymous, but last night he informed me that he's feeling much better and is now pooing normally for the first time in 20 years. That's probably how long he's been deficient in magnesium. I've also given him 14 Vitamin D3 5,000iu mini gelcaps to try, as he suffers from low moods and rarely gets any sun on his skin.

Our bodies work so much better when they have all the nutrients that they need.
Posted by Nigel Kinbrum at 10:47 am 5 comments:

Nothing to report, so crank the volume knob up to 11 for the following two music videos.

A big "thank-you" to Ann Gibbs for bringing these songs into my life at Monday night jam sessions at the Unicorn pub in Aldershot. I hadn't heard either of them until I went there!
Posted by Nigel Kinbrum at 4:08 pm 4 comments:

Look after your brain, Part 5.

Thiamine 500mg/day is one last therapy to try mum on after I've got her back on Vitamin K2 (hopefully today).

Continued on Quality >> Quantity.
Posted by Nigel Kinbrum at 8:02 am 1 comment: