I've been using Mozilla Firefox for about six years. It's a very good browser, but it occasionally annoys me by acting like a Giant Panda i.e. it becomes very sluggish. It's possible to speed-up Firefox by going to about:memory and clicking on the "Minimise memory usage" button, but occasionally, I have to shut down Firefox, wait (sometimes for quite a long time) for it to disappear from memory, then restart it. 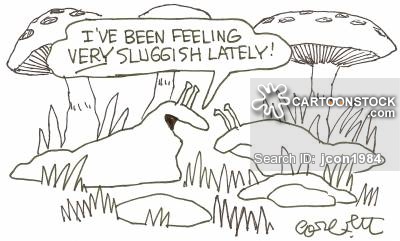 I therefore decided to have an affair with Google Chrome.

First impressions were good. Chrome installed quickly and it imported all of my Firefox bookmarks correctly, although it didn't import any website user-names & passwords (probably because they are protected).

Chrome has an extensive range of add-ons available. I was able to install Adblock Element Hiding Helper (which had all of the functionality of Adblock Plus, plus some extra features), Script No and Flag. With all of these installed, Chrome loaded pages very quickly.

Then cracks started to appear in the relationship.

Chrome has a grey bar at the top of the page which obscures things on the page. Double-clicking on it makes it disappear. Reloading the page makes it reappear. Using Adblock Element Hiding Helper, I could hide the grey bar (Alt+B, click on grey bar, Enter) on any particular site, but it occasionally reappears, requiring re-hiding.

Right-clicking on a link and selecting "Open link in new tab" opens a new tab but doesn't display it, requiring the user to click on the new tab. Firefox used to do this, but has worked correctly for a long time.

Watching videos on ITVPlayer, I noticed that the resolution appeared much lower than when played on Firefox. On Firefox, there's pixel interpolation which produces a much higher apparent resolution.

And the killer blow:-

When I created a new blog post, I couldn't set hyperlink text colour and the Html editor revealed a large number of spurious div & span tags.

That's it, Google Chrome. You're dumped!

EDIT: P.S. Firefox has been running much faster.
Posted by Nigel Kinbrum at 8:52 am

Yeah, I've noticed Firefox has turned into quite the memory hog. Right now it is using more than half a gig of memory and I have four tabs open. I think I'll try the memory tweak you mentioned.

Firefox has a memory leak when playing Flash videos. It's probably Flashplayer's fault.

On start-up, Firefox uses about 400MB with 11 tabs open. This creeps up & up, as I watch TV on-line & listen to BBC Radio 4 on-line. At some point (around 7-800MB), Firefox suddenly becomes sluggish.

With 11 tabs open, Chrome has ~22 processes called chrome*32 running and uses as much memory as Firefox. Meh!

P.S. Have you seen Don Matesz's latest blog post The Panda Paradox? Methinks he has shot himself in the foot!

When I changed my laptop to from an older Viao to a newer, I found Crome as the 1st choice browser, so I used it for news and such.

I rapidly became disenchanted & altered my preferences back to Firefox. Your experiences suggest it's not worth my while revisiting that decision.

Thank you for sharing (tongue firmly in ???).

For once I can agree with ONE of Don Primal's observation:

"P.S. Have you seen Don Matesz's latest blog post The Panda Paradox? Methinks he has shot himself in the foot!"

I think that I've gone into troll mode over there.

I was thinking of writing a response, something along the lines of, yeah, let's take one of the least successful, highly specialized animals on the planet as a positive example.

I haven't been banned from there - yet. Go on. Post a comment. You know you want to!

Naw, I prefer to try to make a cogent argument on my blog rather than get over-involved in nit-picking commentary arguments. Sort of make an exception for Richard's blog ;)