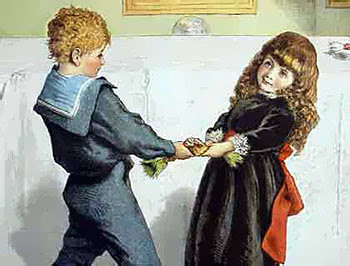 See also Who Lives Longest? (h/t to Melissa McEwen)
Posted by Nigel Kinbrum at 11:24 am

I have no doubt about it, with the major factor in the late Victorian era being the wide spread use of processed sugar from the West Indies and Brazil.

Still, the paper mostly does a lot of hand-waving from what I can tell. Cancer and CHD were mostly undiagnosed in those days, I'm very skeptical that were practically non-existent.

I recall reading something on the Beeb about some War of Roses era soldiers that were discovered and their health that could be gleaned from skeletons was superior to the average Victorians (they were pretty big in stature IIRC). Although, who's to say how typical these soldiers were.

I've read earlier work like this and it's fascinating.
Arsenic was a major carcinogen in the mid-victorian era.
CHD was prevelant in Boer war draftees but it was probably the protein-deficient kind (plus incipient scurvy).
See this article on the changing face of war syndromes:
http://www.ncbi.nlm.nih.gov/pmc/articles/PMC1088250/

@Sean: The mid-Victorians could diagnose solid cancers (probably not leukaemia) and could distinguish between heart failure & angina.

It's interesting and I sure like what it says about what is a good diet, but...it doesn't support what it says - basically, they have a maths problem :
By their own terminology they are looking at an 'island in time' of ample and good nutrition, a period of about 30-40 years, preceded by at least one well known 'starvation decade' and followed by a terrible decline in public health towards the latter quarter of the century. Well...for people living an average of 10 years longer at age 65 during that period (the authors' metric) it means they spent more than half their lives (the first half or more) Not eating that way. Similarly, any people born/raised during that period were living and dying during the great decline of the late 1800's. The period the authors are looking at is too short to allow their conclusions or rather, the vehemence of those conclusions (very polemic article overall). Still, intriguing.

Up to 1875, food quality was fairly constant, though the quantity varied significantly over the years.

I'm guessing that the register of births & deaths showed that people were dying at an increasing age as living conditions improved, even though they had starved in their youth.

Need To Increase Your ClickBank Banner Traffic And Commissions?